You Think You Know – Fear and Pride 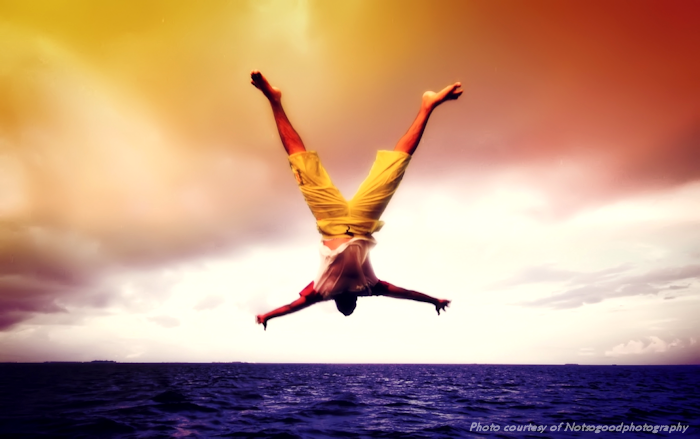 This week I was surprised by more than one person.  I was completely caught off guard on two separate occasions.  What happened was not that crazy.  Neither should have been a big deal, but they were.  The reason was because I pre-judged them.  I let my assumptions determine how I interacted with these people instead of holding to the character qualities that I believe in:

People are not as simple as we like to think.  When we assume that we know how they will react to something and then hold things back from them, we lose an opportunity for personal & relational growth.  This stems from enemies that we all deal with daily, fear and pride.

I’m too proud to humble myself and realize that I don’t know how someone is going to react or I’m fearful of rejection.

For instance, if you have an idea to make something better in your job, you might consider holding it back because you don’t think anyone will listen.  DON’T DO IT!

What do you have to lose?  Don’t make that assumption!  Even if they don’t listen, YOU can learn from that experience.  Why didn’t they like your idea?  What feedback did they give you?  How could you approach it differently next time you have an idea?

What if you don’t like how someone is treating you at work?  Many people will just take it and complain about it.  I suggest we handle things differently.  Let’s say something to that person.  Let’s close the door to that person’s office and let them know how they are making us feel.

I know it sounds scary, but as long as you do this with the intention of making things better, you’ll most likely be surprised at the reaction.  Most people don’t even know when they are making someone feel hurt, rejected, or angry.

This is almost the antithesis of the Thank You Revolution, but it’s important none the less.  It’s vital as a leader in an organization that you don’t let fear and pride run your day.  We’ve got to confront issues head on with mercy and strength.  That should always be our goal!

Question: What assumptions have you made that are holding you back at work?